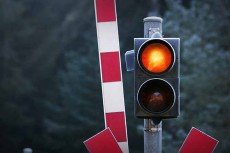 Somewhere down the line, something horrible happened to accountability. In the words of David Weinberger (a research fellow at Harvard Law School’s Berkman Center for Internet & Society), it has become,  “accountabalism,” the “practice of eating sacrificial victims in an attempt to magically ward off evil.”

Recently I worked with a sophisticated, seasoned group of senior leaders in the federal public service. Due to the regulating of the expense account process, they were not allowed to budget for a lunch for their group, but instead had to bill it to their separate room accounts and claim for it individually. Under the guise of “accountability” their judgment and trust has been relegated to a set of bureaucratic rules and regulations.

Such an emphasis on accountability is an understandable response to some terrible scandals in the private and public sectors. But the notion has grown to an extreme, suggesting that there is a right and a wrong answer to every question, and eliminating the possibility of good intention. Accountabalism bureaucratizes accountability, takes away individual choice, and drives out human judgment. Accountability – the ability to be counted on – the foundation of labor and life – has been relegated to an organizational buzzword at best, and, at worst, a hammer to control and punish people. While claiming to increase individual responsibility, accountabilism actually drives out trust. For example, when a sign-off is required for every step in the work-flow, a process is broken down to its smallest parts and the vision of the whole and the ability to see the big picture is lost. It sets up finger-pointing and blame when something goes wrong. And something will inevitably go wrong. No system works perfectly. But it doesn’t mean that the system is broken and needs fixing with more rules. If one employee cheats on an expense claim, there’s no need to distrust everyone and set up a whole new time-consuming, inefficient reporting process.

What’s needed is the return of a common sense approach to accountability that builds trust, ownership, and a renewed commitment to the greater good. Not more extremism of accountability or “accountabilism.” 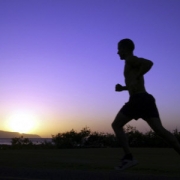 Ambition, Renewal, And Why Rest Is Essential To Achievement

Succeeding At Succession: The Ultimate Test Of Organizational Success

How Honest Can You Be With Your Boss?