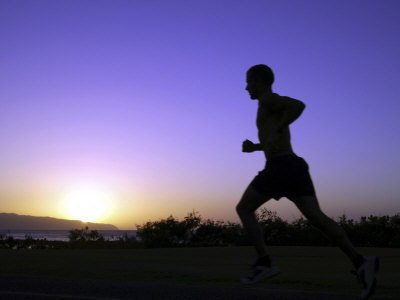 When my father, who was once a nationally ranked gymnast, coached me in high school track, his approach to training came from University of Oregon’s track coach Bill Bowerman. The legendary running coach, Arthur Lydiard, who presided over New Zealand’s golden era in world track and field during the 1960s, had mentored Bowerman. He introduced Bowerman to a philosophy of training that revolutionized American track and field in the 1960s.

Bowerman’s approach to training had been the same as virtually every other American long-distance running coach: push hard until you are exhausted. This philosophy was based on the belief that the harder you trained, the more progress you made. The results revealed severe limitations. Prior to Bowerman, Americans were virtually absent in the world long-distance running realm.

After returning from New Zealand, Bowerman began exhorting Oregon runners to finish workouts exhilarated, not exhausted… His credo was that it was better to underdo than overdo. He had learned from Lydiard that rest was as important as work to keep a runner from illness or injury. Bowerman realized that his runners’ training was more effective when they allowed ample rest between hard workouts. He trained and raced his men to seasonal peaks but would back off before they crashed. To incoming freshman he preached: Stress, recover, improve…

While commonly accepted now, the idea of alternating hard days in distance running training, was revolutionary at the time. And it didn’t go down so well with the coaching community. When Bowerman first articulated the hard-easy method, he was widely despised for it. Kenny Moore, one of his legendary athletes and author of Bowerman and the Men of Oregon, wrote, “The anthem of most coaches then was ‘the more you put in, the more you get out.’ In response to Bowerman, coaches were morally affronted. His easy days were derided… called coddling.” Moore adds parenthetically, “His common sense approach is still resisted by a minority, and probably always will be.”

Bowerman’s response to his critics was to “crush their runners with his.” His “Men of Oregon” won four NCAA team titles. Over his legendary career, he trained thirty-one Olympic athletes, fifty-one All-Americans, twelve American record-holders, twenty-two NCAA champions and sixteen sub-four minute milers. During his twenty-four years as coach at the University of Oregon, the Ducks track and field team had a winning season every season but one, attained four NCAA titles, and finished in the top ten in the nation sixteen times.

Bowerman also developed the first lightweight outsole that would revolutionize the running shoe. With some latex, leather, glue and his wife’s waffle iron, he created a durable, stable and light Waffle sole that set a new standard for shoe performance and helped him co-found the Nike Corporation. My dad bought me a pair of those original waffle running shoes. It was an amazing shoe at the time. Bowerman also ignited the jogging boom in America. How that happened is another great story.

Since Bowerman’s success days at the University of Oregon, the physiological foundation for the “hard/easy” system has been validated. In short, physiology has verified what Bowerman learned and applied. The trick is first to provide enough but not too much stress, and second, to allow enough recovery to replenish energy stores, heal and adapt.

As in the outdated “no rest system” for training distance runners, I wonder if we aren’t living our lives these days with an outdated belief that doesn’t take into consideration the importance of rest and renewal. In today’s world, with its unyielding emphasis on success, productivity, and efficiency, we have lost the rhythm of balancing between effort and recovery. Constantly striving, I see so many people exhausted and deprived in the midst of great abundance. How many of us long for time with friends, family, important relationships, even just a moment to ourselves, as we constantly look down at our devices and strive to achieve more? We now find ourselves compulsively checking for messages from work while in the midst of our vacations and times when we need to be connected to who and what really matters.

My challenge for you is to create some structured time over the summer to rest, attend to what is important to you, and make room for whatever you would call renewal. Whether it’s a two-week break, a one unproductive renewal day per week, or an hour a day to just to rest, take the time to simply walk in nature, spend some time hanging with kids, or sit and read a novel. Carve out some time to rest your body and mind, restore your creativity, and regain your natural state of inner peace and well-being.

We are clever people, efficient and high-powered, but in our fervor to get things done we are forgetting the simple art of living. Let us resolve that we will begin today to take a little time to relax, to be idle, to go more slowly and be more attentive to the world around us. Let us take time to be still, to be present, to notice the beauty in this world, to watch the sun go down behind the hill.

Renewal and relaxation aren’t a luxury. They, along with hard work, are a necessity to a life well lived.

Bill Bowerman knew the importance of rest in training Olympic athletes. We can all learn from the legacy he left us.

Enlarging The Lives Of Others: The Work Of The Best Leaders

Where Did Accountability Go Off The Rails?

Hire For Character; Train For Cashiers 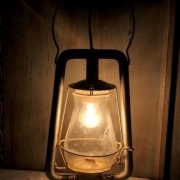 LOOKING INTO THE SHADOWS: How Turning On The Light Can Nurture Psychological Safety 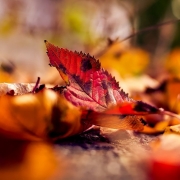 Four Ways to Protect Your Well-Being In Colder Months

Accountability: How One Person Can Transform A Culture