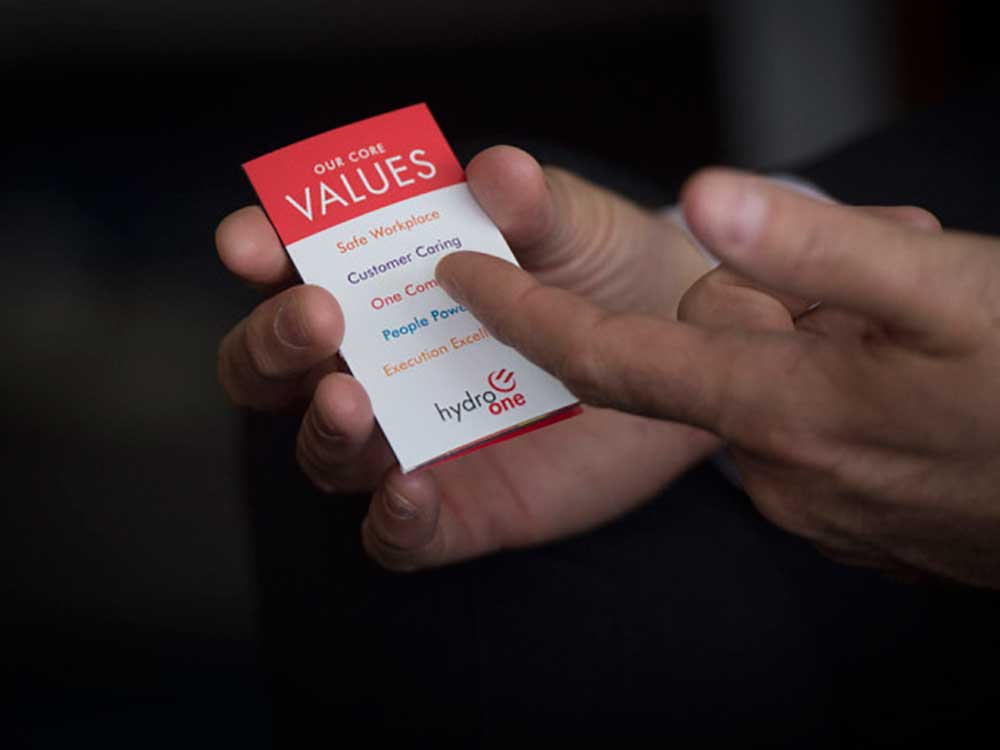 Hydro One, a Crown corporation that runs Ontario’s transmission system, fired an employee this past week who shouted obscenities at a Toronto television reporter after a soccer game. While the company’s code of conduct (which all employees sign) covers after work behavior, the decision to let the engineer go generated a heated debate online.

In an exclusive interview, Hydro One CEO Carmine Marcello gave his rationale for making the decision:

“…at the end of the day, it was a pretty simple decision. We [as a leadership team] looked at who we are, what our core values are, and we made a values based decision, and decided we couldn’t condone that kind of behaviour. We had to send a clear message to the employee, and quite frankly to our employee base, and made a decision to terminate him.

…I’m sure he’s free to speak his mind. We all are. I think there’s also a level of common decency and decorum that we all expect, and not getting into a debate, I’m just going back to the first principles in Hydro One: the issues and the values that we hold dear around our people, our customers, and working collaboratively together. What’s important to us drives business success.

… it’s clear that this behaviour did not fit with who we are as a company and we took appropriate action.

… We have our own code of conduct, we’ve had it for many years. When I became the CEO a number of years ago, one of the things I really focused on was transforming our culture. Job one was to improve our customer service … but at the end of the day it’s about people and their ability to do great work. So I rolled out a process about identifying certain core values around our employees.”

It’s inspiring to witness a company and CEO stand for something. My father would say that these organizational leaders have an almost forgotten quality: character. Character is about choosing what’s right over choosing what’s popular or easy. Being a person or a company of character isn’t taking the comfortable road. But this is what business culture, organizational leadership, and employee accountability are all about. If you don’t stand for something, if you don’t have the courage to hold yourself and others accountable to what you say you stand for, then why have fancy value statements on your website and office walls in the first place?

I admire Mr. Marcello and his leadership team for having the courage to remain true to the foundational principles that Hydro One’s culture is built upon. The organizational leadership they exercised isn’t just good for their company; this kind of leadership is good for society. 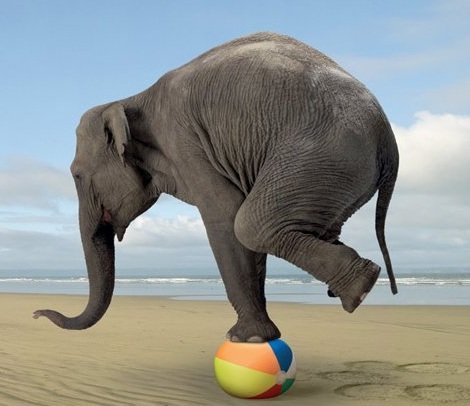 The Roots Of Employee Accountability 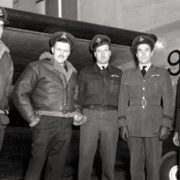 WHAT ARE YOU DOING FOR HUMANITY?