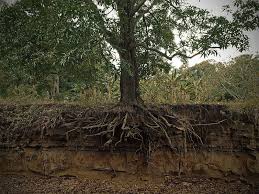 There is no real success in the world that can be separated from being a good person.

In 1944, in Marzobotto, a small town near Bologna, Italy, two thousand civilians were massacred by Nazi troops. The Nazis were retaliating for acts of sabotage committed by members of the Italian resistance. One young German soldier, however, refused to take part in the massacre and was shot.

While few of us will ever face losing our life to live in accordance with our conscience, everyone of us have opportunities every day to choose character over comfort. In our leadership and cultural alignment programs we teach that great character is the foundation of great cultures. Like the roots of a tree, character is hidden to the world, but is vital to an aligned, sustainable organization and life. It’s not the fierceness of the storm that determines whether we break, but rather the strength of the roots that lie below the surface. And, like that German soldier, having strong roots of character determines our strength and our courage.

Twenty-three centuries ago, Aristotle distinguished between what he termed “external goods,” such as prosperity, property, power, personal advancement and reputation, and “inner goods,” what he referred to as “goods of the soul,” including fortitude, temperance, justice, compassion, and wisdom. He taught that the good life is not one of consumption, but of the flourishing of these deeper, hidden virtues.

Unshakeable character calls you to shift from being the best in the world to being the best for the world, to strive not for what you can get, but what you can be, to endeavor to be a better person, before you attempt to be a better leader. Respectful and civil societies, organizations, and families depend on the self-respect, dignity, and the civility earned by their members, acquired by living with strong character.

Below are seven ways to develop unshakable character. Take a little time to notice the effect of these simple choices on your self-respect, your well-being, and your responses to those you love and serve.

Character is not developed over night. It’s a life-long process. Just as it takes years of unseen work to have an “overnight” success, great acts of character come from years of small habits, diligently and persistently lived each day. The payoff is profound: self-respect, freedom, peace of mind, and the courage and clarity to build a better world around you. The nineteenth-century British writer William Makepeace Thackeray captured the essence of character in four lines:

Sow a thought and you reap an act;

Sow an act and you reap a habit;

Sow a habit and you reap a character;

Sow a character and you reap a destiny.

Remembrance Day, The Horrors of War, and Living Honorably: “Earn This.” 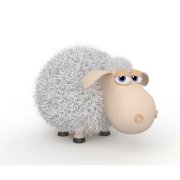 THE YEAR AHEAD: Lessons From Selma the Sheep

Employee Engagement: Is it Really The Boss’s Responsibility?

Organizational Culture: How To Turn Value Statements In Values