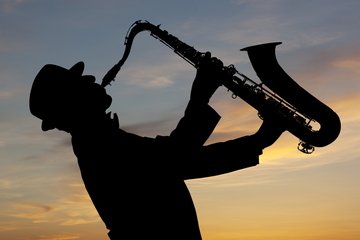 John Coltrane, the great American jazz saxophonist and composer, once said that to be a better artist you have to be a better person. He could easily have been talking about leadership. It’s not about your title; it’s about who you are as a person. And you can be a better leader by working on being a better person. You must be, before you can do. To accomplish much, be much. The doing must be the expression of the being. It is foolish to think that we can accomplish much without first preparing ourselves by being honest, caring, unselfish, and trustworthy.

Leadership is about creating results through others, while helping people around you grow and flourish – without the use of positional power. It’s about presence, not position. The question is: Where does that sense of presence come from? How does one develop that presence? After years of research and observation, I’ve come to understand that sense of presence comes essentially from being a good person. It’s that easy, and it’s that difficult. Here are a few ways to develop your leadership presence by being a good person:

Being a good leader by being a good person cannot be taught in a leadership course or from a textbook. But it can be learned. It can be developed. My dad would say that it can be caught even though it can’t be taught. It means your motive is do good by being good. And it amounts to leading well by living well.

How To Transform Suffering Into Service – Leadership In Action

Leadership: Have you ever treated someone like an ATM?

INTERCEPTING ENTROPY How Are You Infusing New Energy?

Building A Work Culture By Design