I was inspired by an article in the Calgary Herald about the former Calgary Flame, Gary Roberts, who, by transforming his own life through nutrition and exercise, is now doing the same for the next crop of NHL stars.

Driven prematurely from the sport at the age of 28 because of bone spurs and nerve damage in his neck, Gary staged one of the most astonishing comebacks in recent memory, enduring two surgeries and extensive rehab to return to play for several more seasons with Carolina, Florida, Pittsburgh, and Tampa Bay.

“I had something taken away from me that I loved, the game of hockey,” Gary explains. “And like it’s often said, you don’t really know how much you love something until it’s gone. My desire to play again is what led me to becoming immersed in health. The injury changed my life. The fact that I began to train properly and eat right allowed me to come back and play 13 more years.”

Now, at the age of 44, Gary proclaims he’s in better shape than he was when he came to training camp at the age of 18. Since retiring from hockey in 2009, Gary now trains and coaches young elite hockey players in the area of fitness and nutrition.
This is leadership at it’s finest: Taking your trials and turning them into talents.
What’s your story?

How Honest Can You Be With Your Boss?

A RESPECTFUL WORKPLACE – Holding Each Other Accountable To Create One 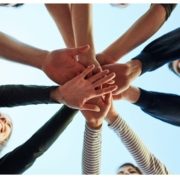 A CULTURE OF BELONGING: ﻿Re-Engage, Renew, Refocus Your Team In A Post-Pandemic World

Humanizing Our Workplace: Leading With Care Rather Than Fear