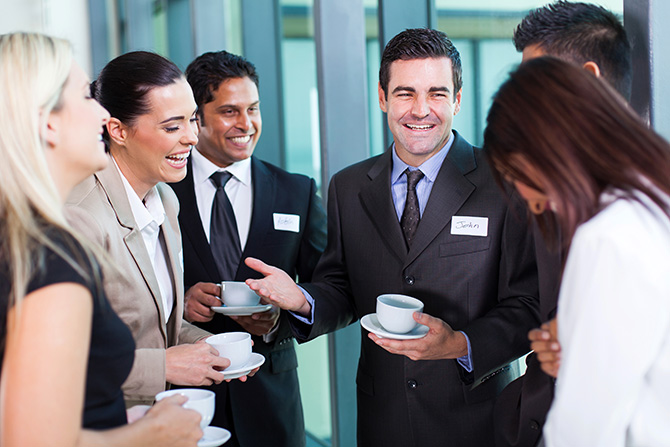 Any parent who has ever said no to a child understands that leadership is not about being popular. You have to be secure within yourself to do the right thing – for the benefit of the greater whole. A recent consulting project reminded me of this. A CEO was brought in to a failing company eighteen months previously to bring it out of the red and make it profitable. The former CEO was known throughout the organization as “Mr. Popular.” Everyone loved him. He was their “buddy.” Expense cheques were freely approved. There was no such thing as budgets. And, like the inattentive captain of the Costa Concordia, he was driving the company into the rocks of bankruptcy. While all the partying and love fest was going on, most of his employees had no idea where he was taking them. Thankfully the board caught it and dismissed him before disaster struck.

The new CEO, a brilliant, accountable, focused leader had to be “less than warm” in her approach to turning the company around. Many of her employees did not understand where she was coming from, and perceived her as cold, distant, and uncaring compared her to her predecessor. Like a courageous parent committed to accountability, I heard her say to her employees, in no uncertain terms, “Trust me. This is for the good of this company and the employees – in the long run.”

Now that the company has turned the corner through her leadership, it is obvious that many of these employees would not even be employed today under the former “popular” regime. Yet for sometime, the new CEO has been perceived by some of her direct reports and managers as “unapproachable,” “disconnected,” and “removed from her people.” They had no idea that, by saving the organization and the employees’ jobs along with it, she was actually very caring.

How do you become respected and liked and still hold others accountable? This is a question that every leader must grapple with. It is also a question that has application for every employee. Here are seven points to consider as you wrestle with this question:

Now that this CEO has begun to turn the company around, she’s concentrating on turning her relationship with her employees around. In order to accomplish what she did, she needed to be tough, and while her resolve remains firm, she can turn her attention to connecting with others and showing her caring side. She’s working at being vulnerable by communicating her intentions and exposing a little more of her humanness, both of which are vital to connecting with others. She’s reminding herself to be more kind and approachable, and lightening up a bit. As a result, people are actually starting to like her, and in the process, she is earning the trust and respect of her key people.

The Inner Path of Leadership

What Are You Mastering?

Leading Authentically With An Ego

How To Build An Aligned Leadership Culture